In the 21st century, both book smarts and street smarts are obsolete concepts. What would you call great Google-Fu skills? What about reputation on a site like Stack Overflow. Or a when-to-use-snopes instincts? These skills combine book smarts and street smarts and go FAR beyond. This is stream smarts. As we wind down 2015 and gear up for 2016, I bet many of you are making high-minded resolutions to read worthwhile books and/or acquire worthwhile real-world practical skills, perhaps via an unpaid internship or hobby project. Let me recommend refactoring those old-fashioned aspirations into "stream smarts" aspirations. Here's how. 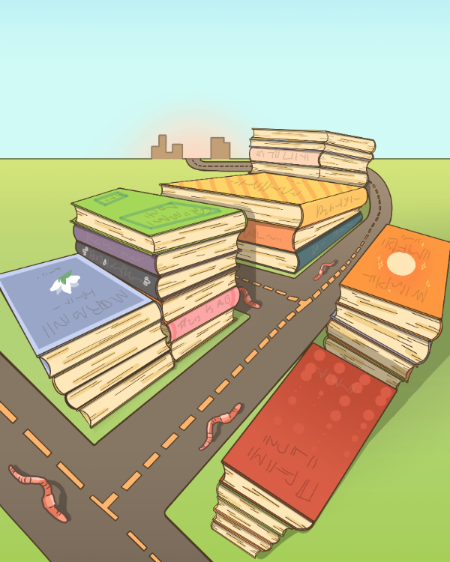 1/ Though it seems an age-old debate to us, the book-smarts vs. street-smarts tribal derpfest is really a very 20th century phenomenon.

2/ Widespread literacy and higher education made "book smarts" a mass phenomenon for the first time in history.

4/ By almost every measure, book smarts won, with both good and bad consequences, and we can analyze that problematic victory to death, but let's not.

6/ Consider the challenge of being "smart" on the topic of "inequality" for example. You can apply all three kinds of smarts to it.

7/ To apply book smarts, you might read Piketty's "Capital in the 21st century" and other books and think about them.

8/ To apply street smarts, depending on your politics, you might develop a luxury product, organize an #Occupy protest, or fight for Uber driver unions.

9/ To apply stream smarts though, you would immerse yourself in the online conversation around both, scanning for unique ways to engage.

10/ Amazon data shows that very few people made it past page 20 of Piketty. For most, quitting Piketty at page 20 is the stream smart thing to do, why?

11/ Because you can never hope to individually grok such a complex issue, addressed in a big fat book by an expert, by yourself.

12/ For most people, the smartest way to "read" Piketty is to read the dozens of expert reviews/summaries and participate in online conversations about inequality.

13/ Of course, to be valuable, these conversations have to include diverse individuals applying book and street smarts. Stream smarts is a meta thing.

13/ For a non-political example, the best way to learn a new programming language is neither in classrooms nor via solitary hands-on hacking.

14/ Instead, the best way is to make heavy use of online search, being on discussion forums, and pestering friends who know more for help.

15/ Street smarts are limited by local meatspace contexts. If your neighbors are plumbers, you won't get street smart about calculus, and vice versa.

16/ Book smarts tend to be deeper but are limited by silo effects, blindness to tacit knowledge, and low situation awareness of application contexts.

17/ Stream smarts is about getting around both kinds of limitations by putting the right books in the right virtual streets and living in that neighborhood.

18/ I have written extensively about the idea of streams, and continue to research them, but let's talk 2016 resolutions.

19/ It is easy to make resolutions regarding book or street smarts. Stream smarts subsumes both, so you have to level up your approach.

21/ To acquire a reputation in a stream, you must first identify a suitable one, and then begin to contribute to the commons of that stream.

22/ While some streams have explicit homes, with explicit reputation systems (think Hacker News, Github,  Stack Overflow or Quora), reputation is an intangible.

23/ You need to first establish a baseline level of intelligent participation, which means keeping up with the relevant news and doing your part in social filtering.

24/ This means reading blogs, subscribing to newsletters, joining forums and appropriate Twitter neighborhoods, and participating in the link economy.

25/ This is not a "dumb sharing" activity. Your reputation will be a function of your demonstrated judgment in link sharing, and your signal-to-noise ratio.

26/ Links are the currency of the stream economy, and are prone to devaluation via dumb sharing. Smart sharing creates value.

27/ Above this baseline level, you need to do both consumption labor and production labor to acquire a reputation.

28/ Consumption labor: streams fail if nobody reads the books, longform blogs, or newsletters. Somebody has to beta-test new open-source code.

30/ While karma points and other artificial measures help, the real test of your growing street smarts is the quality of your online social activity.

31/ How many interesting introductions have you enabled? How much not-in-textbooks Q&As have you catalyzed? What about job and gig referrals?

32/ These are not finite measures of "smarts" where you "win" by doing a determinate amount of work to level up your smartness.

33/ There are no tests to pass. Not academic standardized tests, or "street cred" tests based on, say pulling off a badass stunt or dare.

34/ Stream measures focus on the infinite game. The goal is not to "win" but to continue playing more mindfully. What book-smart types call a praxis.

34/ The effort involved is only marginally higher than reading books or learning "street" skills in old-fashioned ways.

35/ You mostly do the same things, but you do them in a different place (the stream) and share more of what you do as you do it.

36/ But the rewards are HUGE. What stream smarts adds over either book or street smarts is perspective. And as Alan Kay said, perspective is worth 80 IQ points.

37/ I'll leave you with this great motif of stream-smartness I discovered last week: this tee-shirt (no, I don't know the designer).