Cosmopolitanism, It's a Beautiful Thing

One of my favorite newish phrases is "It's a beautiful thing." I picked it up from a client, a globe-trotting tech executive who jets around movin' and shakin', doing things that invisibly affect the whole world (you're likely using something he had a hand in creating right now). The phrase, common at his then company, is used with a tone of admiration when you recognize a beautiful pattern in how some complex and powerful phenomenon works. You might look at (say) how container shipping or movie production operations work and exclaim, "It's a beautiful thing!"

In recent weeks, observing global politics being shaped in real-time by the emerging divide between globalized, cosmopolitan sensibilities and domestic, tribalized ones, it hit me powerfully: cosmpolitanism, which only twenty years ago was more an aspiration than a reality, is now very real. And it is a beautiful thing. 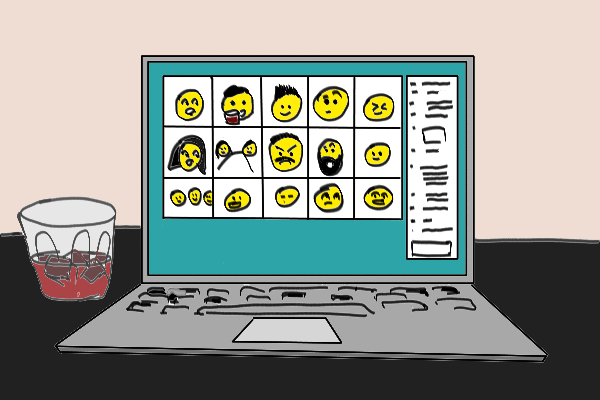 We can now actually do global culture, virtually

1/ Around the world, the old Left vs. Right divide, which shaped politics for a century, is in retreat, even as it seems stronger than ever before.

2/ In its place, we are seeing the emergence of global cosmopolitanism versus domestic tribalism, a divide that has been brewing at least since the Seattle anti-WTO protests of 1999.

3/ After 15 years of rumblings around the world including 9/11, the Arab Spring, and the recent histories of Italy, Greece, the divide became undeniable with the brexit vote.

4/ This past week, the grimly funereal unfolding of the Republican National Convention, which ended with Trump's fear-mongering speech, marked it's full-blown arrival.

5/ Whether the populist-authoritarian reactionary movements emerge from the Left or the Right, they represent a similar fearful shrinking from a globalizing world.

6/ In country after country, these mass movements are, for the moment, targeting the domestic "establishment" as the enemy, but that's a temporary phase.

7/ The "old establishment", whether represented by Hillary in the US, David Cameron in the UK, or the memory of Deng Xiaoping in China, is on its last legs too.

8/ It seems like we're careening wildly towards a fork in the road between reactionary nation-state isolationism and progressive interdependence.

9/ This is an illusion. The choice was already locked and loaded by 1980, and cannot be unmade. Each nation must make global interdependency work, or become a failed state.

10/ What IS new though, is that cosmopolitanism has transitioned from a "fake it" stage to a "make it" stage. Globalization, for the first time in its 400 year history, has a real mass culture.

11/ Until the late 90s, it seemed somewhere between precious and stupid to claim to be a "global citizen." There was no there there culturally, in "globe", to be a citizen OF.

12/ Except for a few tiny specialized groups, like diplomats, MNC execs, migrant workers, sailors, and rich tourists, cosmopolitanism was merely an aspiration.

13/ Now it is a reality. One best defined by the idea that you cannot understand your own country until you've traveled abroad.

14/ As Pankaj Ghemawat notes in his excellent World 3.0, about 90% of the world will never leave the country of their birth. Only about 3% of the world is 1st generation immigrants.

15/ Physical travel is an expensive luxury, full of closed-border hurdles, but has historically been the marker of initiation into cosmopolitan culture.

17/ Though physical travel is a tiny cultural force, it is hugely leveraged. Even a tiny globetrotting population creates massive amounts of global economic integration.

18/ Before the Internet, globalization was often conflated with Americanization, with Hollywood and McDonald's providing its strongest cultural motifs.

20/ Cosmpolitanism, the culture of globalization, does not have a geographic home, only a digital home on the Internet. One that, as recently as 2002 (pre-Skype, Youtube...) was crappy.

22/ The 1999 WTO protests were misguided too: Cosmopolitanism is not global trade. That's been disrupting local cultures steadily since camels were domesticated, all the way through containerization in the 70s.

23/ What it IS, (and what fuels the rise of the Le Pens, Berlusconis, Trumps, Farages and ISISes of the world), is genuine, mass cosmopolitan culture online.

24/ Maybe only 10% of humans will travel beyond their home country for the forseeable future. But 100% will be able to participate in virtual global culture.

25/ In the last week, we kicked off the first ever online-only edition of Refactor Camp, an event that some co-conspirators and I have been running offline in the Bay Area since 2012.

26/ In the two sessions held this week -- using the excellent zoom.us videoconference system (use my referral code to try it) -- we had people joining in from Australia, Shanghai, the UK, US and Mexico.

27/ Was it worth it? You bet it was. Compared to previous years, this year in some ways felt MORE viscerally culture-creating.  Half the ideas in this issue are shamelessly stolen from discussions in the sessions.

28/ Wrapping up our session last night, I had a sudden memory of my crappy 70c/minute calls to my parents in India in 1997, and my backpacking adventures, and it hit me: we've come a REALLY long way.

29/ Amidst the noise and fury of the last decade, signifying very little, something truly profound has happened: an infrastructure for true, mass, cosmopolitanism has emerged.

30/ Blogs, twitter, reddit, Wikipedia, automated translation -- these just scratched the surface, of the virtual ground emerging beneath our feet.

31/ From Skype to Google Hangouts to things like Zoom, now we have videoconferencing that actually works.

32/ Pokemon Go marks the debut of AR. VR is cued up. The blockchain, DAO hiccups notwithstanding, is on course to reshape global finance.

33/ The "fake it" stage of cosmopolitanism is over. You will no longer sound silly if you say you consider yourself a citizen of the world.

34. Not only will you be standing for something that actually exists, it is real enough that you will actually sound threatening to some afraid of this future.

33/ This isn't some wishy-washy, weaksauce culture of cosmopolitanism. Turkey showed that. Erdogan survived a (possibly faked) coup using Facetime. He now appears to be clamping down on the Internet that helped him prevail.

34/ But he can't win. Already, hackers are putting together workarounds to keep Turkish citizens connected to the world. There's no way those who have tasted online freedom will tolerate digital backsliding to a North Korean condition.

35/ This isn't diversity-poster cosmopolitanism. It is culture emerging on top of a battle-hardened global connectivity infrastructure that has steadily strengthened despite wars, coups and banking scandals.

36/ Curiously, many so-called neoreactionaries vastly underestimate the power of what's happening. Ironic, since they emerged politically on the Internet.

38/ Far from being a clueless alliance against your own interests, to side with cosmopolitanism is to side with the stronger side, the side that's winning the future.

39/ Reactionaries everywhere are making this mistake because they incorrectly confuse globalized cosmopolitanism with a very different political force: the resurgent Left.

40/ The emerging "New Left" globally, with its roots in anti-WTO protests in the 90s, "PC" culture, #Occupy in the 00's, and domestic identity politics, actually has far more in common with the "alt Right."

41/ Both the New Left and Alt-Right are cut from the same ancient cloth: strongly tribalist, identity politics rooted in race, ethnicity, and most importantly, Westphalian nation-state cultures.

42/ The culture wars between the two represent the old Industrial order settling its final scores. Neither has a foothold in the cosmopolitan wealth-making and world-reshaping processes underway.

43/ Cosmopolitanism, the mass culture of the emerging integrated, globalized, world, is far too young to be a contender in this slugfest between two aging tribal-cultural players. But in economic terms, it has already won comprehensively.

44/ With the rise of reactionary sentiment (Left and Right) worldwide, and it's arrival on the national stage in the US with the Trump, cosmopolitanism is losing a bit of ground. For now.

45/ But make no mistake. Through temporary backslides, political noise, sovereign debt crises, and trade and capital movement volatility, cosmopolitanism is here to stay. The current downturn is a good time to "buy" cosmopolitanism cheaply.

46/ No longer is "globalization" a vast, empty, cultural desert marked only by the bare-metal infrastructure of bank transactions, container shipping, and lonely, up-in-the-air globetrotters.

47/ There is a "there there" now. A "globe" in globalization where real people live, work, trade, form relationships, create culture, share, laugh, and yes, do politics. Winning politics.

49/ And once the Old Right and Old Left (which fondly imagine they are the New Right and New Left) finish punching each other to exhaustion, the cosmopolitans will inherit the globe.

50/ And it will be a beautiful thing.

Thanks to the participants in the 2 sessions of Refactor Camp 2016 so far. This issue is based heavily on discussions with many others in those sessions.