There is a strong correlation between the "new economy" and expectations of relentless, theatrical performance of positivity (which is not the same as actually being a positive thinker). The mask you're expected to put on in any role in the new economy is about as realistic as Barbie's proportions. The result is a pervasive condition of what I call Promethean depression. It's a recipe for burning out rather than breaking smart. What can you do about it? 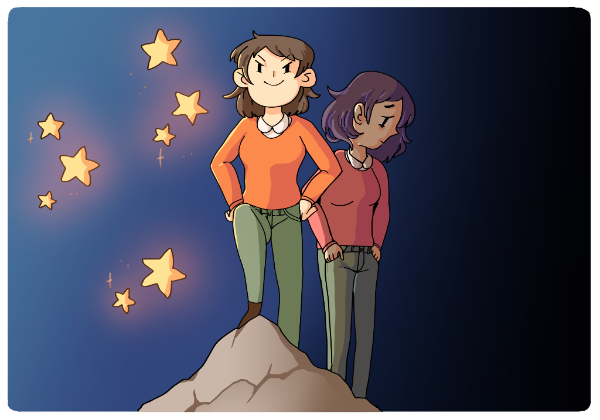 1/ Anyone living out any story, whether in the old or new economy, gets depressed on occasion. It's human.

2/ In the old economy, we know what depression looks like: visible emotional exhaustion and leave-me-alone passivity.

3/ In the new economy, whether you're an entrepreneur, investor, blogger or marketer, the rules are different.

4/ You are expected to put on a mask of relentless positivity to play your role in the Brave New World theater.

5/ So when things go badly, as they always do on occasion, you still have to keep your mask on.

6/ This amplifies the already high stress of dealing with depression while doing difficult work: Promethean depression.

7/ I've seen people react in two ways: they either go into denial, or they start living a double life.

8/ Denial types repress pain in the guise of "grit" and "managing my psychology" with positive self-talk. The mask becomes the face.

9/ This is where the "Courage Wolf" meme (google it), occasional violent outbursts, bad Medium posts and meditation fads come from.

10/ Double-life people become good actors, but the smiles start to slip. They're running on empty. Quality of work goes downhill.

11/ Why do people inventing the new economy do this to themselves? There are several reasons.

12/ First: pressure to collectively perform the idea that the new economy is a better human condition, to themselves and skeptics.

13/ Second: the challenge of keeping up with scenesters who do very little, but set a standard of partying positivity.

14/ Third: a culture that is so afraid of action being derailed by cynicism and skepticism that it wraps itself in humorless smarm.

15/ These are signs of a fragile psyche. One that feel besieged by "enemies" to whom no signs of weakness must be betrayed.

16/ It's a psyche that believes that without frenetic signaling of a utopia on this side of the new/old divide, the new might collapse.

17/ Let yourself off that unnecessary hook: the new isn't better because we've discovered the Secret of Happiness.

18/ It's better for a thousand more prosaic reasons: silicon chips are better than pen and paper, on-demand beats TV, etc.

19/ If you're doing something significant, it will be significant even if you aren't relentlessly signaling "I'm happy" doing it.

20/ Conversely, if you're doing something YOU think is bullshit, "happy" posturing will not make it look or feel significant.

21/ Presenting a false superhuman posture is actually counterproductive: it dehumanizes you into a caricature.

22/ Just being human actually makes people realize that you choose to do what you do, despite lack of easy utopian rewards.

22/ The new economy isn't at war with the old. It is in the business of seducing the old over to the new.

23/ You'll "convert" more people on the other side by coming across as human rather than as a Stepford Geek.

24/ In rising to this challenge, the New Age "positive thinking" scenesters are not your allies. They are serious liabilities.

25/ Breaking smart is rewarding because it is challenging. Not because it offers membership in some moronic "happiness" tribe.

26/  Let the smile slip. Snap irritably at idiots. Put on a couple of pizza pounds to ship something if you need to.

28/ Let old economy types see what it's really like: they'll take you more seriously as a result, not less, and be won over.

29/ I hereby give you permission to be human. It's better on the frontier because it's a MORE human place, not less.