In the last few days, I've conducted the Breaking Smart workshop in Zurich and London. Two great cities with a lot of entrepreneurial potential. So I've been thinking about what breaking smart means for cities.  From-scratch or planned smart city projects never seem to live up to their hype, if they ever get off the ground at all, but old great cities seem to repeatedly break smart naturally, though it takes a lot of bottom-up effort and time to reboot them. In this issue, I explore how and why old cities can break smart, and why they are better bets than utopian "from-scratch" smart city projects. 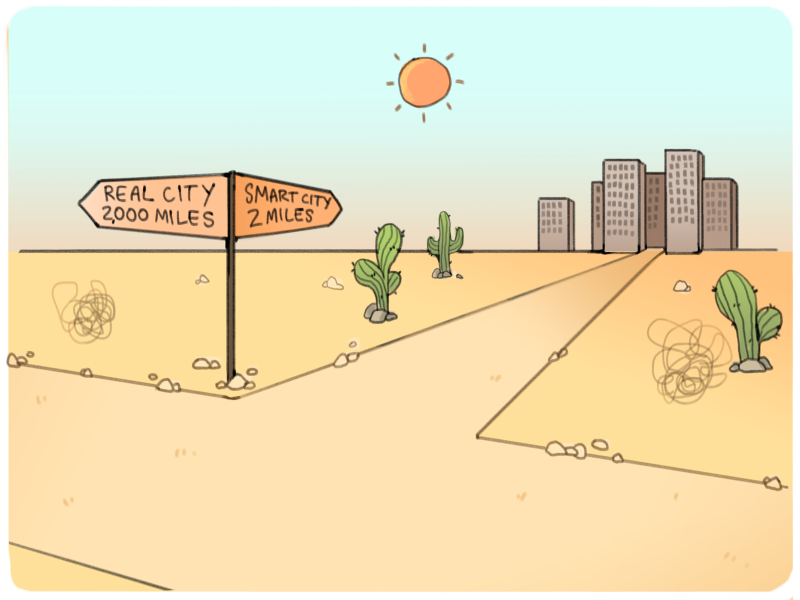 1/ Great cities seem to be practically immortal, but deliberately designed organizations seem to be mortal.

2/ Hundreds of ancient cities are still around, but comparably large corporations seem to age and die in <100 years.

3/ Geoffrey West studied this and discovered that cities, unlike corporations, get more more efficient as they grow bigger.

4/ They get more creative, more energy efficient and economically productive. This is the root of their immortality.

5/ In West's terms, cities are superlinear, while corporations are sublinear.

6/ Smart city enthusiasts, who head off to some barren desert to build a techno-utopia from scratch, fail to understand this.

8/ Past a certain scale, cities "ignite" and turn into true metropolitan furnaces of human potential.

10/ Seattle for example has seen phases powered by lumber, fishing, shipping, and aerospace. Now it is software.

11/ Cities can be very long-lived if their superlinearity is preserved, but can be killed too.

12/ When the urban-nuclear reaction powering a city changes, it breaks smart.

13/ Such breaking smart events are how superlinearity is preserved: through resurrection.

15/ To stop this process, all you need is a period of extended NIMBYism and regulatory choking.

16/ A smart city is not one with fancy new architecture, sci-fi infrastructure, and free wifi and burritos for all.

17/ Rather, it is an old superlinear city that periodically reinvents itself and resists NIMBYism and other choking forces.

18/ Is there room for entirely new cities on virgin territories to seriously compete with the old thriving cities?

19/ I believe not, for two reasons. One: all the prime real estate on our planet is taken.

21/ All these locations of our planet already host once-and-future smart cities.

22/ The second, bigger reason is simply that great cities are grown slowly over centuries, not "constructed" over years.

23/ To create a smart city, simply find an old, once-great city, and provoke it into breaking smart one more time.

24/ Stop dreaming about your ideal city designed from scratch in some non-existent new ideal location.