The Internet has an Oral Culture

The Internet feels like it has a complex multi-media culture, with textual, audio, video, image and ideographic (a word that means "I know more about emoji than you") components. Memes and animated gifs add a level of dynamism to the basic vocabulary. Icons and UI controls add a whole tactile element. The early document metaphor is falling apart. Infinite scrolling, event streams and a messaging layer began stressing it a few years ago, and AR, VR and IoT are already beginning to undermine it entirely. But there is a powerful "simplicity on the other side of complexity" here as Oliver Wendell Holmes put it. The Internet is starting to feel like an oral culture. But not the literal oral culture of bards memorizing and performing epic poems. Instead it is a culture where orality is a synecdoche for how you experience it. 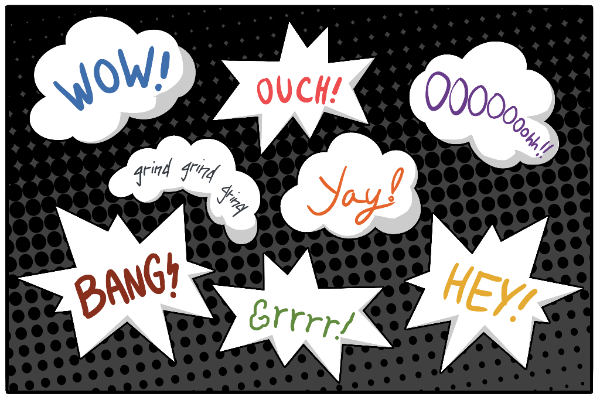 2/ He also argued that electronic technologies "retribalize" human societies and create societies that look a bit like historical oral cultures.

3/ Here, I don't mean oral culture in the literal sense of a pre-literate society that has not yet invented writing and has to rely entirely on spoken language.

5/ Visual-textual culture is a determinate object-relations culture where there is a distance between experiencer and experienced.

6/ This may sound very woo and abstract/metaphysical, but actually leads to very clear differences in how we live.

7/ A simple example is expecting the news to come to you from a determinate source like the New York Times instead of via osmosis on Twitter.

8/ In visual-textual culture, "news" happens "over there" and comes to you predictably in object form: a "newspaper."

9/ You can compartmentalize your behaviors in relation to it the "news" at arm's length, as a relationship to the "newspaper".

10/ In oral culture, "news" is a rapid change in your background context that manifests in all sorts of small and big ways.

11/ After the Paris attacks for example, my Twitter feed suddenly got "serious". The French flag diffused through the logographic layer.

12/ My Facebook UI suddenly had a "mark as safe" control. My mix of links from all directions changed to have a Paris bias.

13/ Like a heightened level of noise, or a smell of burning, this kind of "news" is not something that enters your life in a contained, localized way.

14/ It is also not something that you can turn off or engage via a compartmentalized habit like "read the newspaper at breakfast."

16/ Orality is a good synecdoche for this condition. You can close your eyes to shut out light and sleep. You cannot turn off your ears.

18/ New media brand names like Buzzfeed, Vox, Vice and Upworthy (a reference to a UI action of voting up) are all suggestive of oral culture.

19/ Oral culture is also participatory. The grapevine and watercooler don't work without your active participation, the newspaper does.

20/ Individual cultural pathways are noisy and unreliable, like a game of telephone. But multiple pathways converge robustly on you.

21/ The pathways can also add or subtract energy, and develop stable vorticity, like a hurricane. You can be caught up in it or left becalmed.

22/ Journalistic authority of presence, I'm there, you're not, is weakened. Anyone can increasingly choose to be "present" anywhere.

24/ In oral culture, sentiment is no longer a mere stylistic affection in an impersonal-by-default mode of cultural being.

25/ Nor is it merely a mere symptom of pandering for "distribution" a la "clickbait" headlines and outrage-triggering antics.

26/ Rather, it becomes central to cultural production. A cultural event includes, via feedback, the landscape of sentiment that shape its evolution.

27/ So you don't just actively help distribute the "news", you are part of it. You reaction to the Paris attacks is part of the event itself.

28/ If you think culture has always operated because of literal watercoolers and neighborhood gossip, think again.

29/ When these dynamics are a weak sideshow, they behave very differently from when they are the digitally amplified main act.

30/ To navigate oral culture, there is a single Golden Rule: let go of your need for determinate awareness and control.

31/ To tighten your grip and hunt for certainties with increased energy is a recipe for anxiety, not effectiveness.

32/ Like a martial artist, you will need to look for your center and ground within yourself, not in the environment.

33/ I often refer to this as navigating with a gyroscope instead of a compass.

_NEW! Want to chat in person about the ideas in this newsletter? You can set up a phone call with me via my Clarity.fm profile page.

Feel free to forward this newsletter on email and share it via the social media buttons below. You can check out the archives here. First-timers can subscribe to the newsletter here. _