Too Big to Nail

Can some market creation opportunities be simply too big for a single business or organization to own? Is there such a thing as Too Big to Nail? Twitter and Craigslist are potential modern examples. My former employer, Xerox (in the form of the early technologies created at PARC) is a possible historical example. In a live tweetstorm earlier this week, I improvised a rough argument that are indeed too-big-to-nail opportunities, and suggested the term 'supernova companies' for startups that discover such markets. Several people asked for a more thorough, longform version of the argument, but this would require a very careful and time-consuming analysis of historical data (which I don't have). But, here's a cleaned up and 2x expanded version of the original tweetstorm, with some quick thoughts on how to play in supernova markets. 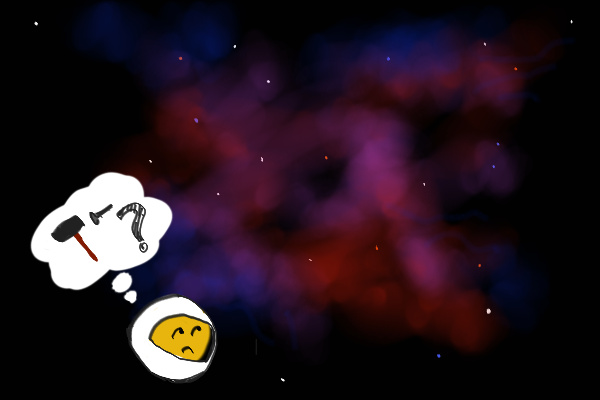 1/ Hypothesis: there are technologies so basic that they serve as prequels to economic organization and utility vs. private type end-game debates

2/ Possible examples: Craigslist, Twitter,  Unix shell. One maybe: Wikipedia. They are all sui generis and defy analysis within categories

4/ What they do instead is create frontier land, sparking land-grab economic races.

6/ The Unix shell is a more subtle example, but I mean it in the sense of "every shell command becomes a unicorn business" (I can't trace the source of this idea)

8/ The pattern already clear with Craigslist: it doesn't get "disrupted". Instead companies like AirBnB bite off chunks small enough for 1 business to own.

9/ Twitter "failing" to own the revolutions it obviously took mainstream (messaging, chatbots) isn't a failure really if viewed that way.

10/ People who think Slack, Snapchat etc. have "stolen" Twitter's business are both right and wrong. Right because it's prima facie true...

11/ Wrong because it's very incomplete. There's like 10-15 Slack/Snapchat sized businesses left to carve out of the "Twitter continent." Any single one is a full-time job for one company.

12/ Examples: Nobody has "pulled a Slack" on "political revolutions" product that's inside Twitter, or the "nascent community" product

13/ Proposed lifecycle for such sector squatting precorps, which I will call Supernovas

14/ Why? Supernovas form from stars that are too massive to live long. They blow up young, create raw material for plurality of successor entities

15/ Lifecycle: a gas nebula of raw potential coalesces into a too-big-to-nail super-entity that burns super fast creating lots of possibilities

16/ Next, it undergoes gravitational collapse, blows up, creating a life-forming complex soup of atoms of dizzying variety

17/ This material jets across biz landscape, seeding a population of diverse businesses, public utilities etc. and leaves behind a black hole

18/ This dynamic isn't new. Xerox PARC created and validated a set of technologies and business opportunities that was too big to nail back in the 1970s

19/ By the end of the 90s IIRC, the companies that directly spun out of PARC (such as 3Com and Adobe) were collectively worth about 10x what Xerox itself was worth (datacheck someone?)

20/ One difference though is that though PARC happened in a private company, it resembled a government program like Apollo or the Manhattan project

21/ In fact, PARC largely built off of early DARPA projects and Doug Engelbart's work at SRI, which were more firmly in the state-funded R&D camp

22/ Arguably, PARC was simply a DARPA type project that happened in the "wrong" place. But the same cannot be said of something like Twitter or Craigslist.

23/ These newer examples create new opportunities out of more than just new technology. They also discover new regimes of human behavior at scale.

25/ This probably could not have happened in a government lab. These spaces had to be created in the form of supernova companies.

26/ Note that supernova companies are much more than companies that merely create a lot of talent and capital liquidity, seeding ecosystems, such as eBay

27/ The well-known Paypal Mafia exists not because PayPal was a supernova company but because talented alumni like Peter Thiel, Reid Hoffman and Elon Musk grew unrelated businesses with their gains

28/  How do you detect a supernova company? One clear sign is the presence of a large and unruly/difficult to govern ecosystem that grows faster than governance capacity can scale.

29/ Can supernovas be tamed? Perhaps. Amazon comes to mind as a supernova that has been tamed, by a powerful leader. For now.

30/ Alternately, much of a supernova might be ceded by the discoverers choosing to focus on selected opportunities. Facebook is perhaps an example.

31/ A third way is to not even try to govern it. WordPress and other projects built around an open-source core are examples.

32/ A fourth way is for the company to exist in something of a corporatist, perhaps absolutist environment. This I think explains the huge mega-corporations characteristic of Asia.

33/ Needless to say, I don't think think environments that allow too-big-to-nail companies to persist are healthy. They lead to inefficient corporatism.

34/ One way to measure the size of a supernova is to quantify Tim O'Reilly's dictum "create more value than you capture."

35/ I would guess a supernova creates 10x more value than it captures, even before accounting for spillover, consumer surplus or imitation effects.

36/ It is very unlikely that you will discover a supernova-scale opportunity with your startup, but it is almost 100% certain that your context/environment will be shaped by several.

37/ For example, even my 1-person business lives in the intersection of supernovas created by WordPress, Amazon and Linux among other things.

38/ To take advantage of supernovas, you have to first learn to recognize them, and then find weakly held marginal pockets of opportunity to carve away for yourself

39/ To do this, you have to map out the continent-sized market a supernova has created, and nominally owns, and the subset that forms its core focus.

40/ Everything outside the core focus (which may be jumping/wandering if the discovering company has ADD) is up for grabs. So target and grab while the discoverer is not looking.

41/ The nice thing about what you might call "supernova sniping" is that the market opportunities have already been validated, but most people think of them as claimed and therefore inaccessible.

42/ This has just been the roughest sketch of a mixed-metaphor theory of supernovas, so do your homework before trying to apply these ideas